High Water reflections from the Old to the New Year 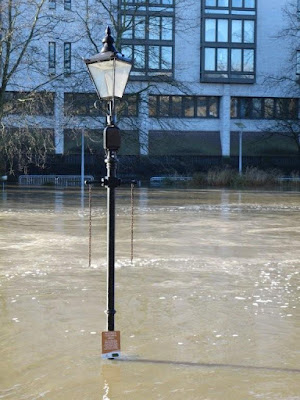 As I type this and the winds blow down pouring rain in Kent my sympathies lie with colleagues and friends in the North of England and Scotland who have fallen foul of Storm Frank (and indeed anyone who has been hit by what seems to be seasonal flooding). The Medway in Kent broke its banks and caused mayhem in Maidstone and outlying areas this time two years ago.
My father's name was Frank. He was a gentle man so I am unsure he would liked to have been associated by name to this storm. Now my Gran would have been another thing.
Below 'Winter Flood', part of the series 40 Yards  first shown at the European Patchwork Meeting 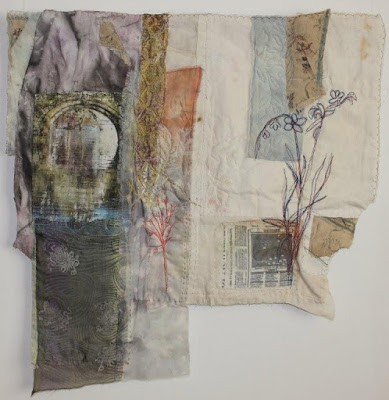 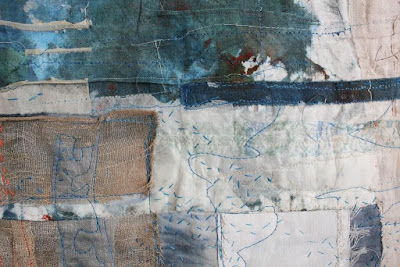 It seems appropriate a piece of my work, 'High Water' (detail left)  is currently touring in the 6th European Quilt-Triennial in Textilsammlung Max Berk/Kurpfälzisches Museum, Heidelberg (ends on the 10 January 2016) and subsequently  to Kreismuseum Zons in Germany,( 24 January - 28th March 2016)


I am preparing for travel to the USA in the Spring to the Sedona Arts Center  in March and then on San Diego in April on the invitation of San Diego Book Art  and one other venue for workshops (see workshops section on my blog for updates). I am thrilled to also be at Visions Art Museum for a one person show exhibition also entitled 'Stitch Stories'
Back at West Dean College in 19-22 February looking at  Personal journals – sourcing inspiration for textiles. 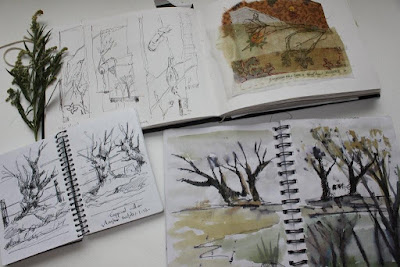 As we look to the new I also reflect on 2015  a busy, fulfilling year full of friendship, making and travel. Finding the balance can be difficult and needing to at times to 'just be'.  Workshops and exhibitions have allowed me to meet with some amazing makers. A trip to the Mons with the Centre for Embroidery  at the early part of the year ended  with a trip to Le Mans at the end of 2015 where I was invited to exhibit by the city at the Parc Du Monod (a former army barracks).
Between that time I exhibited in Sent Switzerland, had a massive textile workshop tour to Australia (reported on my Magpie blog as 'The Edges of Australia). I saw some amazing things and so enjoyed the wonderful sunsets at my first temporary home in Queensland which contrasted with the industrial landscapes in Loy Yang which had a strange beauty of their own  and (thankyou Glenys to Fibre Arts Australia for helping with this) and so many more hosts and friends.
..you know who you are 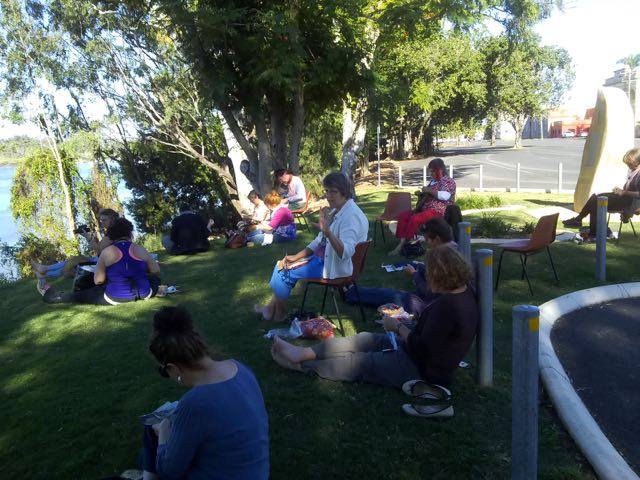 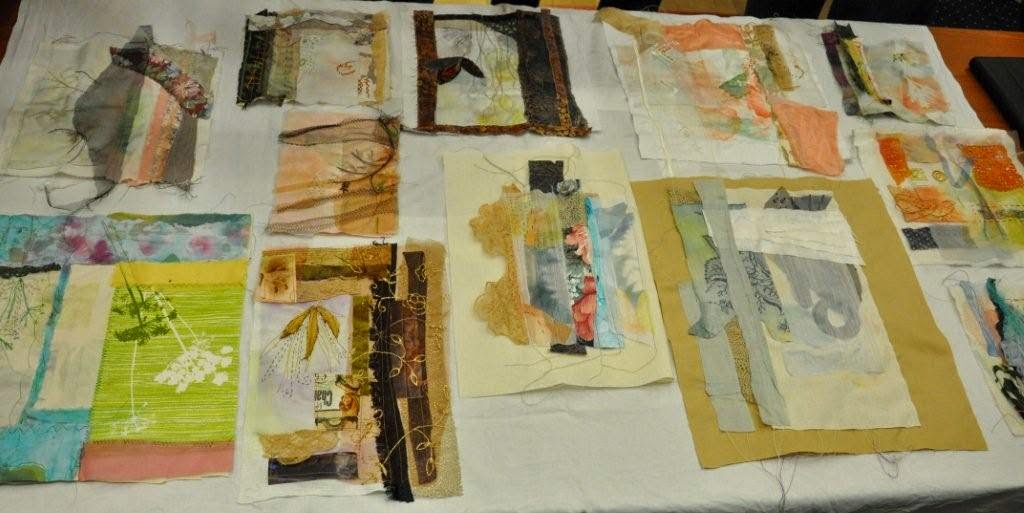 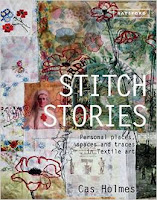 Longer hauls were matched short by equally vibrant and fruitful workshops with guilds and groups at home to a short workshop where I exhibited at the Prague Patchwork Meeting in April.  Last, but not least, Stitch Stories was published in late Summer.  It is currently being reprinted..so a big thankyou...none of this would have been possible without the support of some amazing people. 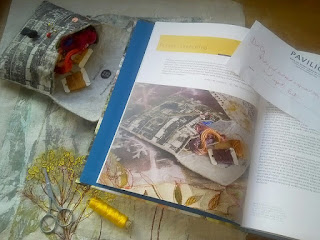 Using my portable toolkit photographed in the book by the wonderful Jacqui Hurst.

Wishing you all a peaceful and creative 2016

Carrie said…
The floods are just awful, I feel so blessed to be not affected my them. Beautiful work, as usual.Any chance of you doing a workshop somewhere near Doncaster?

Still raining here and about to walk off in this weather to work. Catch my blog for open workshops or contact me. Happy New (wet) Year 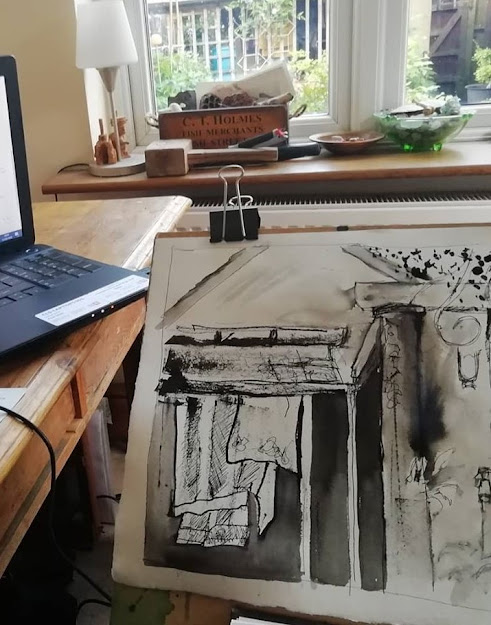 We are Living in a Virtual World